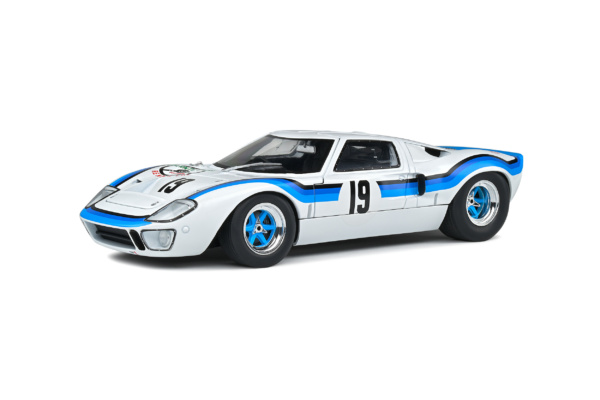 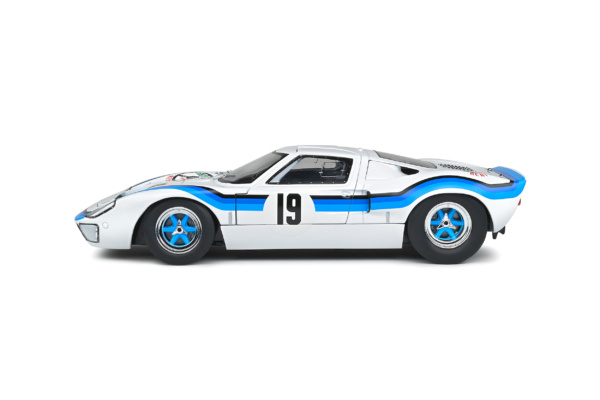 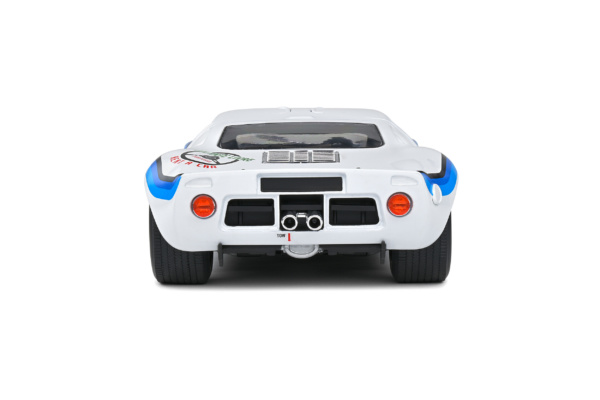 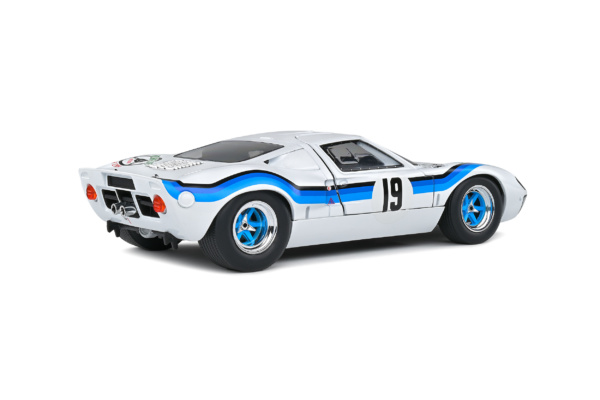 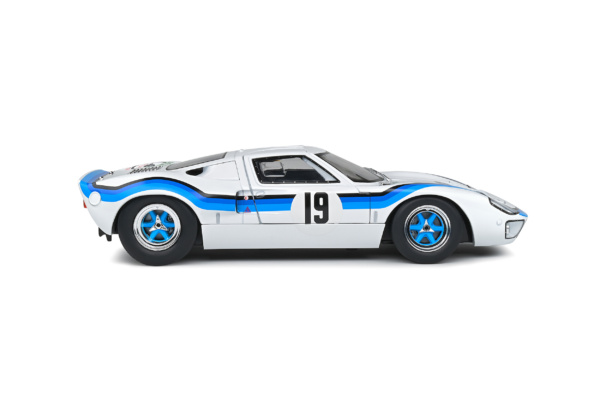 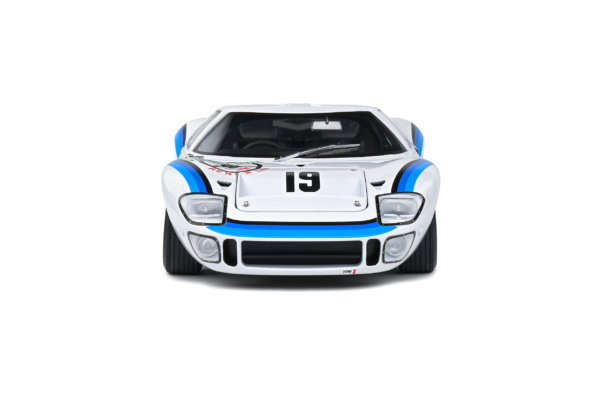 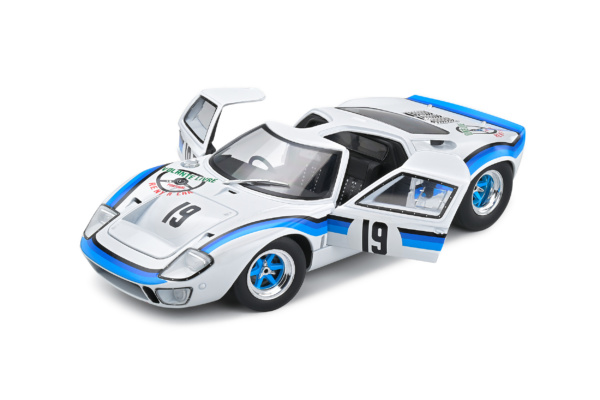 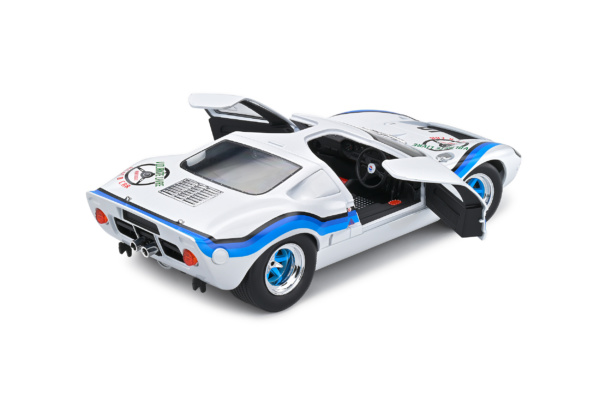 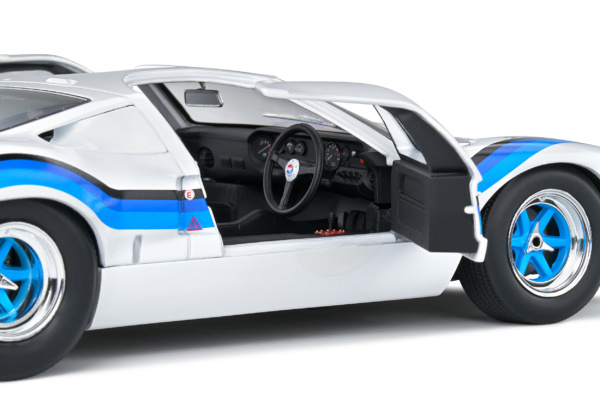 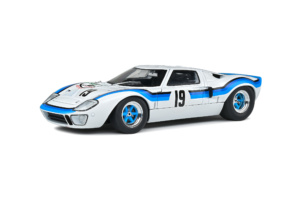 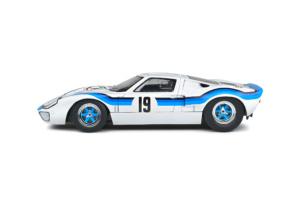 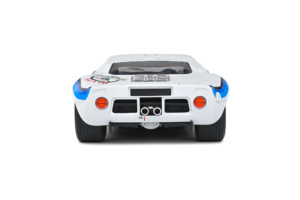 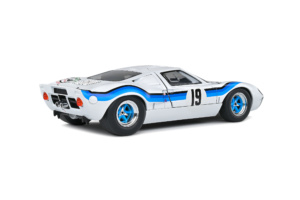 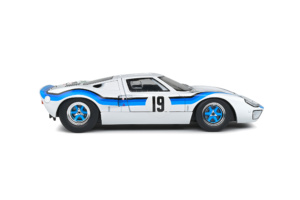 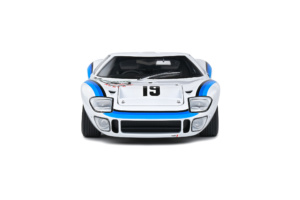 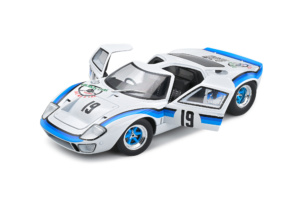 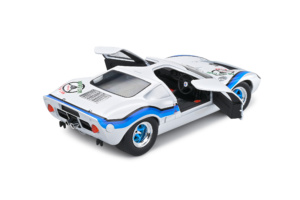 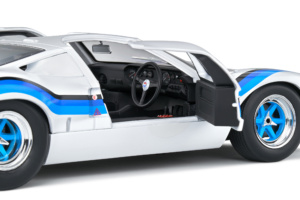 Here is a GT40 with a very particular history! It was sold to the Portuguese driver Emilio Marta who lived in Luanda (Angola, then a Portuguese colony). He competed in three succesive seasons of the local championship with this model and won it in 1973 ! Back in Portugal in 1975, Marta continued to drive this GT40 until 1979, when he sold his beautiful American car to a Swiss collector. Here it is now in your 1/18 scale collection.