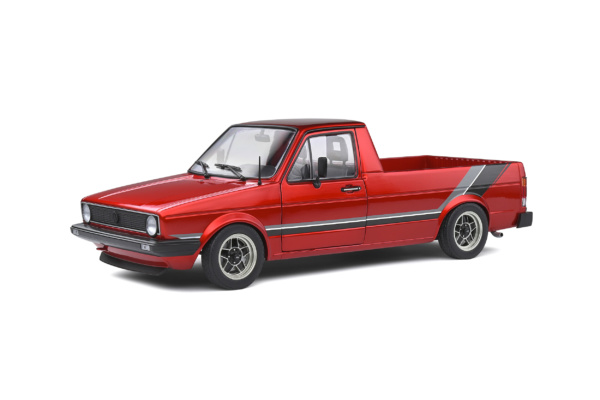 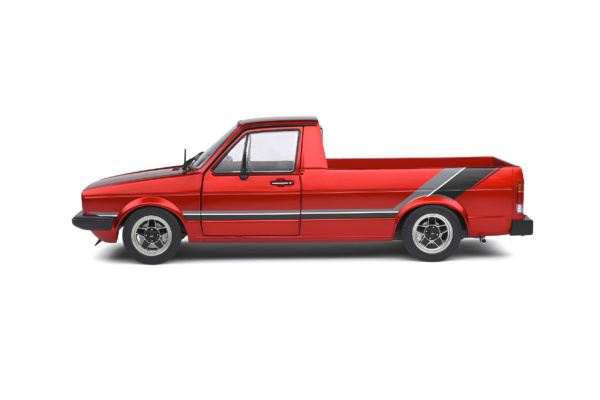 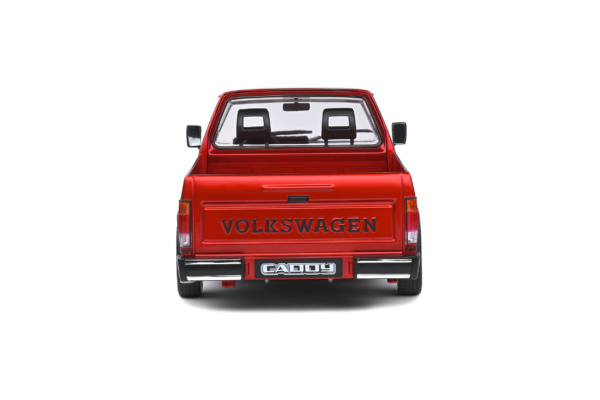 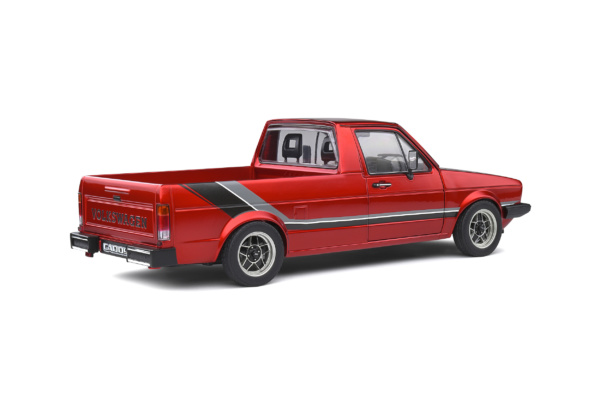 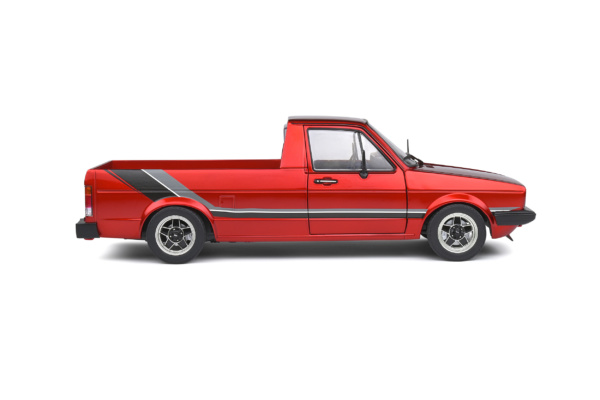 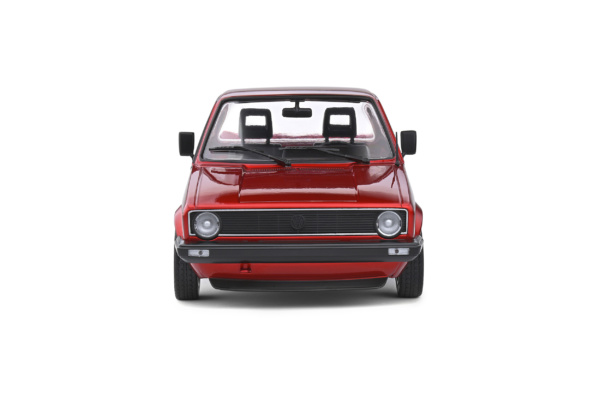 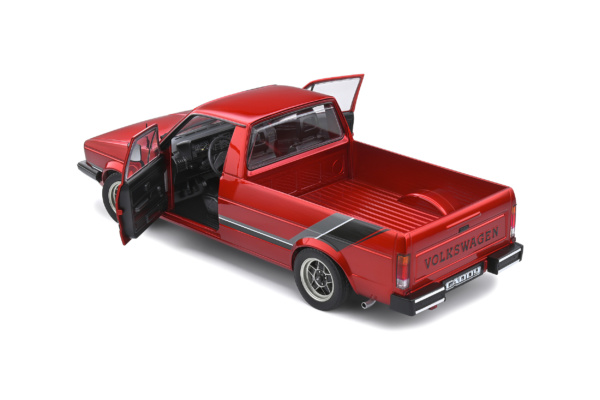 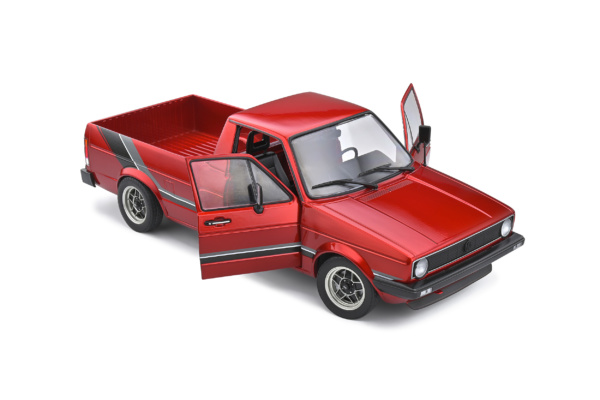 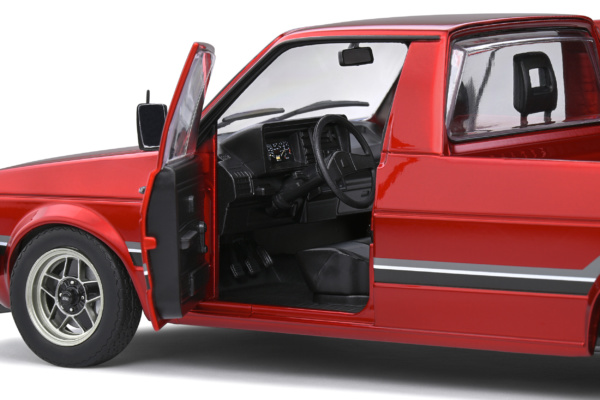 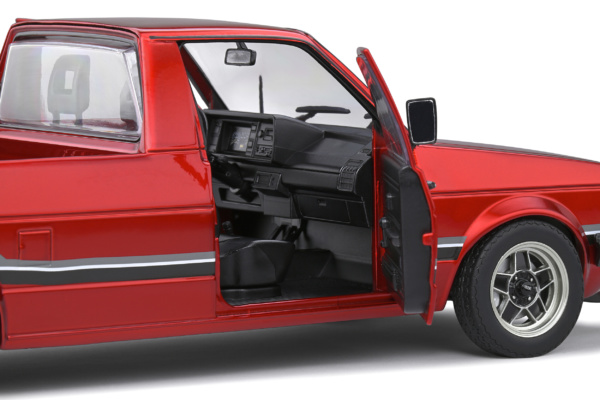 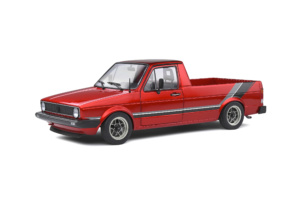 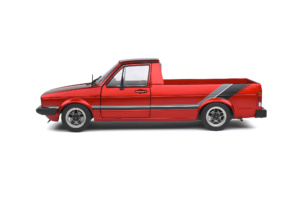 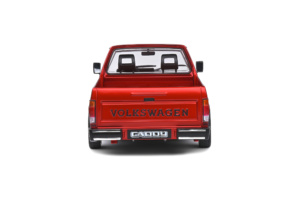 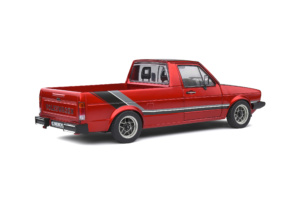 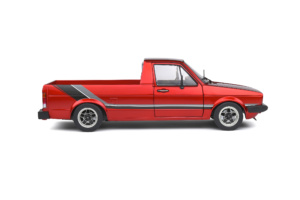 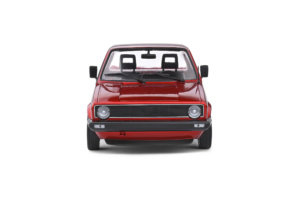 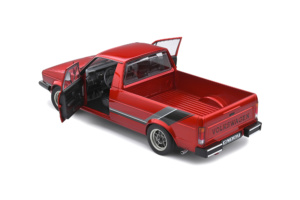 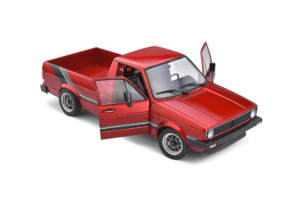 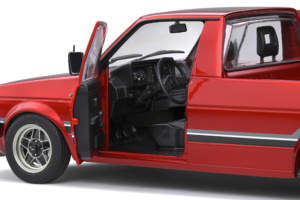 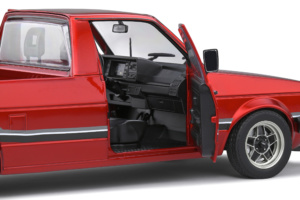 A Golf Pick-Up? What an amusing idea! There is only the US market to be the source of such vehicles. Launched in 1979 in the States under the name of Rabbit Pickup, this vehicle would land three years later in Europe under the name of the Caddy. It was met with immediate success on both continents! And in this custom red livery this pick-up is really “so lovely”!