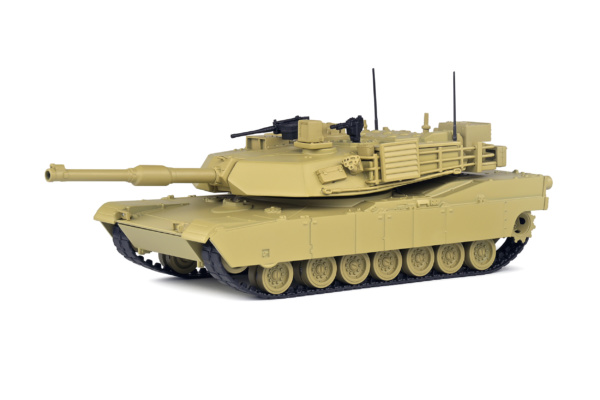 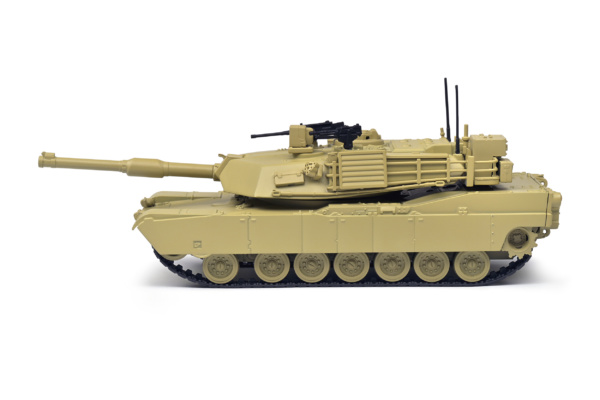 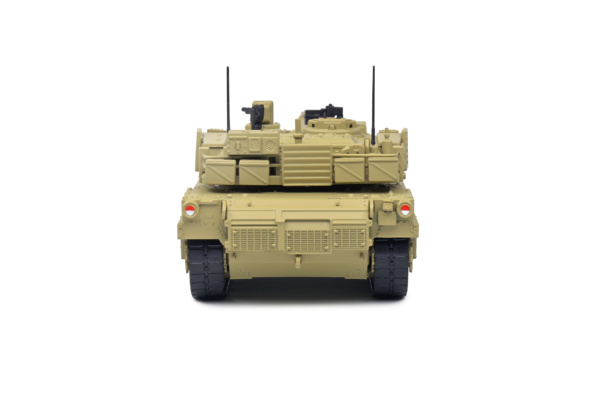 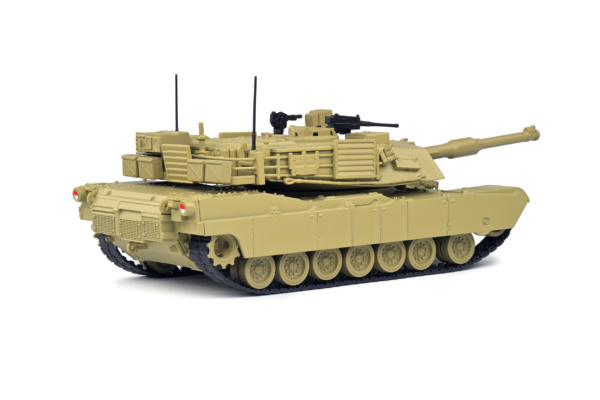 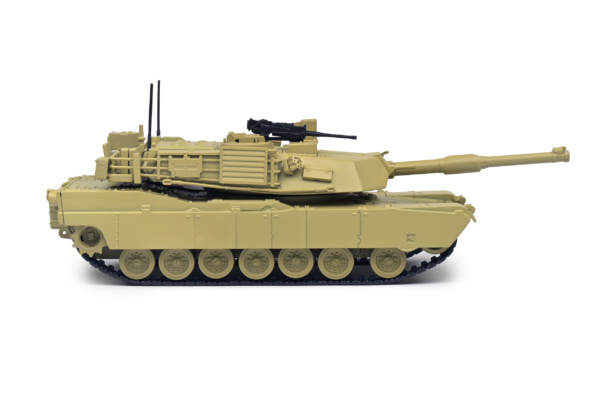 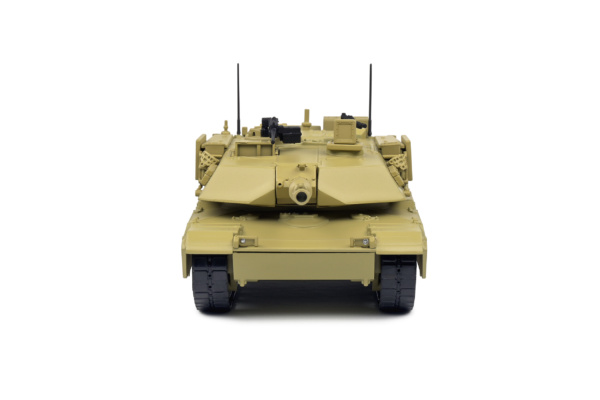 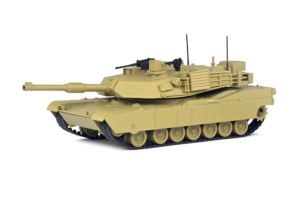 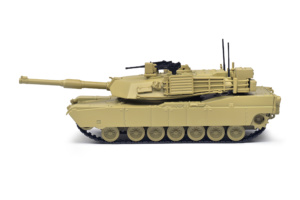 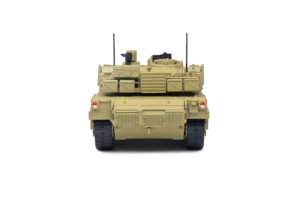 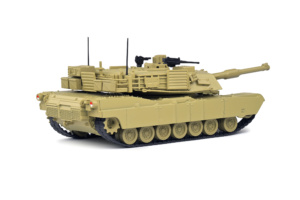 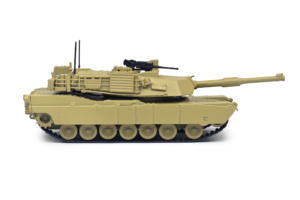 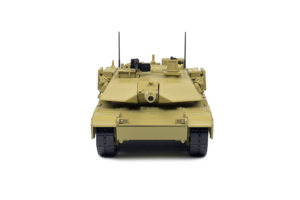 The M1 Abrams is an American main battle tank brought into service in the early 1980s to replace the M60 Patton. It is still used today by many countries around the world. The M1A1 version offers a more powerful 120mm gun (compared to 105mm on the basic version). It is also equipped with anti-blast panels and a storage trunk at the rear of the turret. With its weight of 55 tons and 1500hp, the M1A1 Abrams can reach 72km / h.