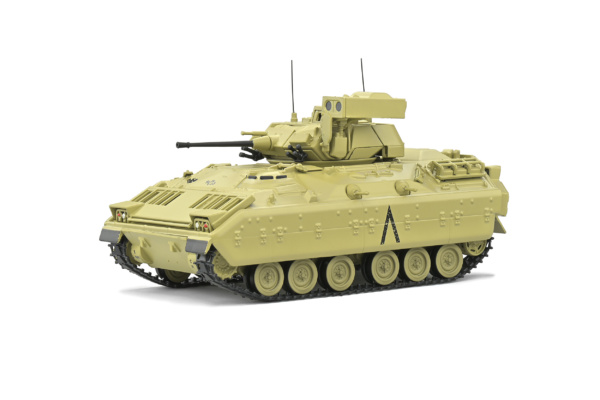 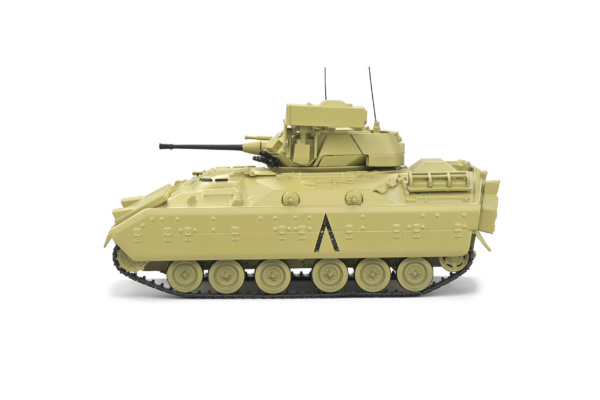 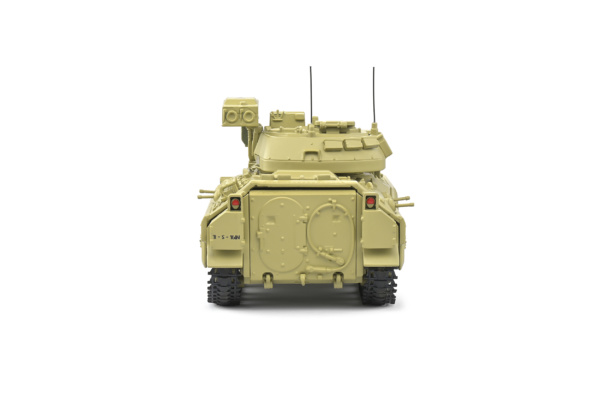 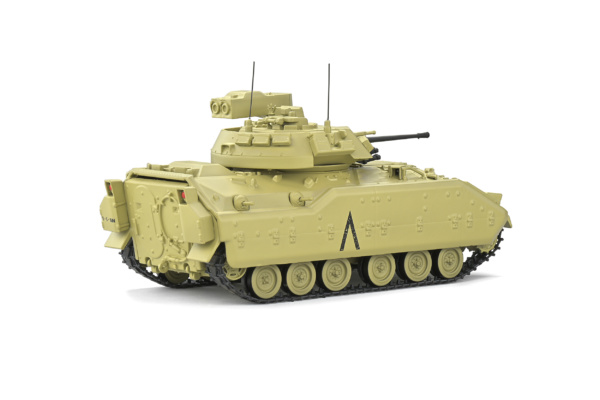 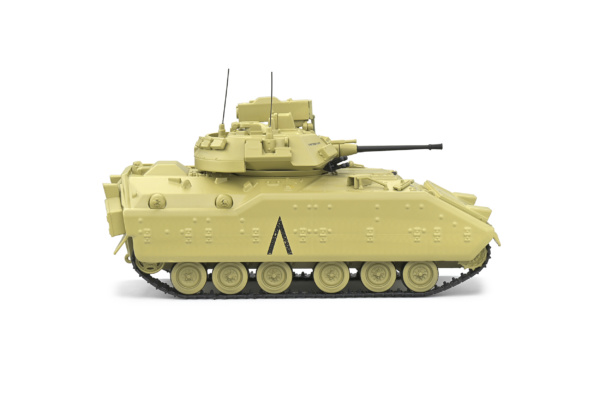 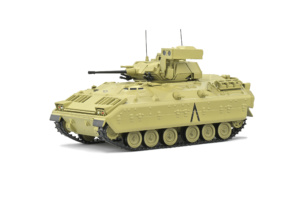 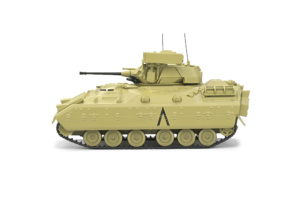 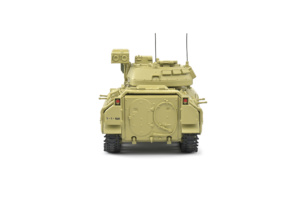 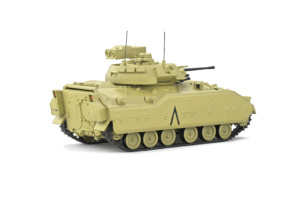 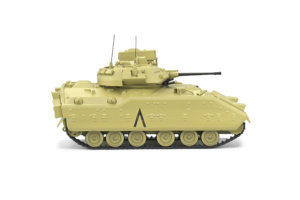 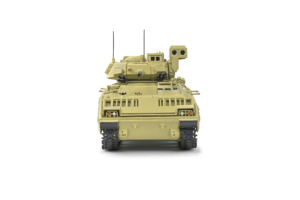 The M2 Bradley is a United States Army infantry reconnaissance and combat vehicle. Commissioned in 1981 to succeed the M113, it participated in numerous operations around the world, notably during the Gulf War and the Iraq War. It is equipped with a 25mm cannon, a TOW missile launcher, a 7.62 caliber machine gun and also a smoke launcher.