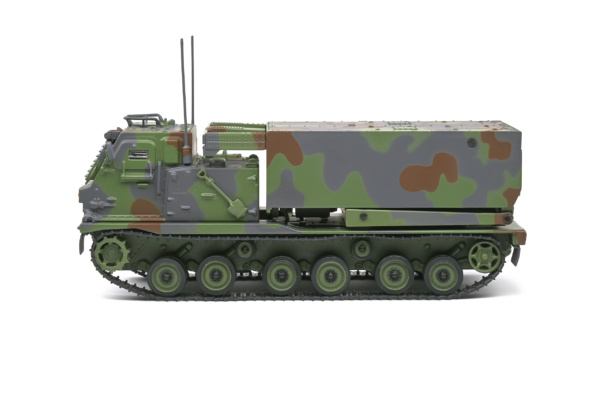 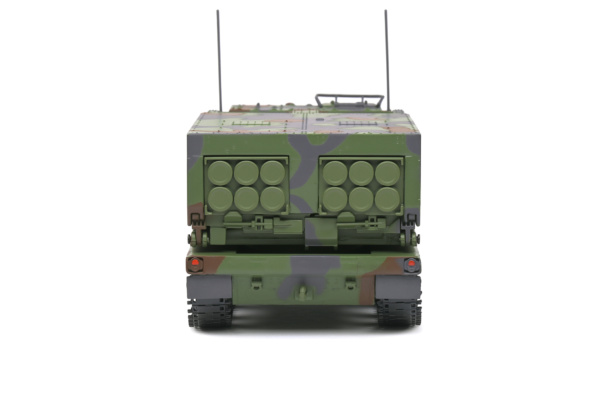 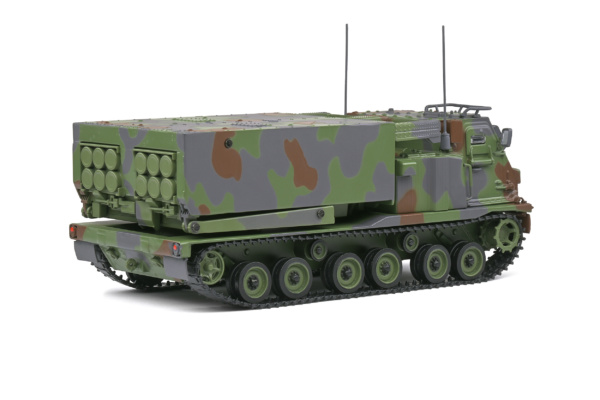 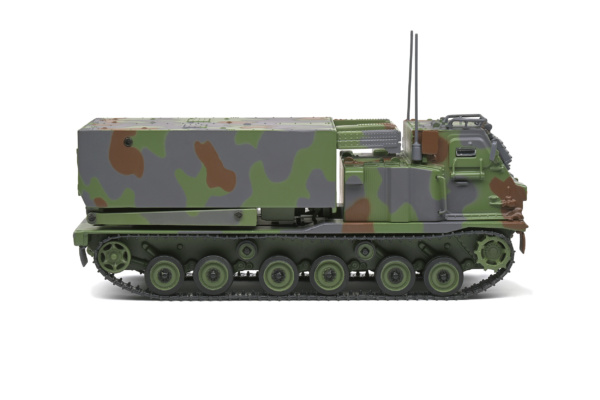 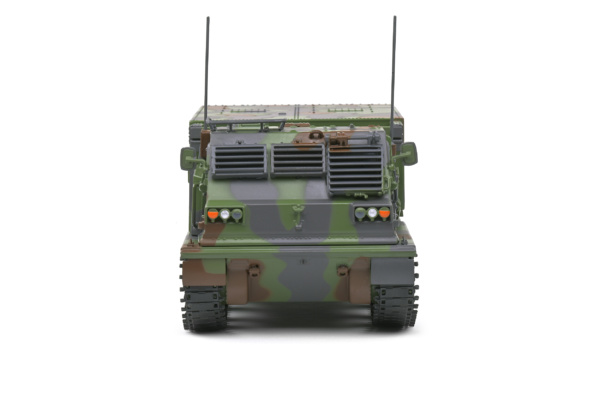 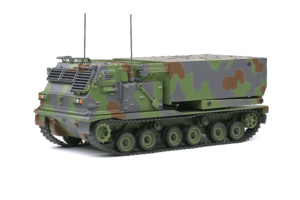 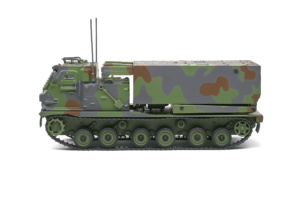 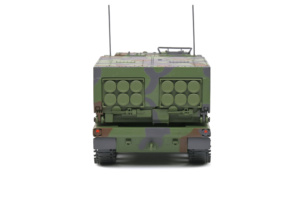 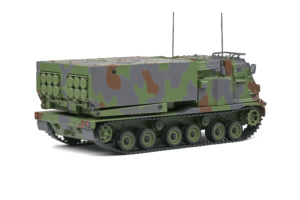 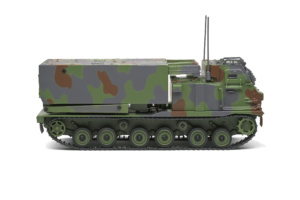 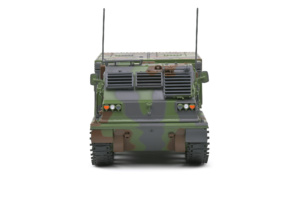 The M270 / A1 is a US military rocket launcher. Developed in the 1980s, it is still in use today. It can carry 12 rockets of 2 tons each. Very efficient, this rocket launcher is used by many armies around the world including the French army which has about fifty. In Germany it is called the “MARS” (Mittleres Artillery Raketen System).