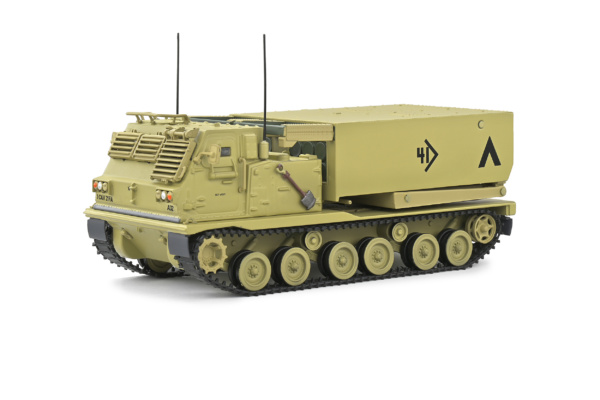 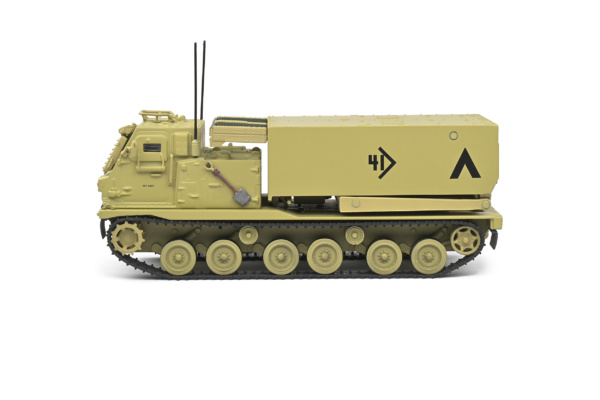 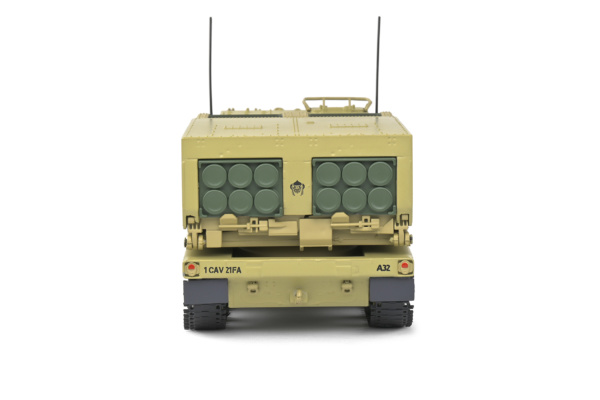 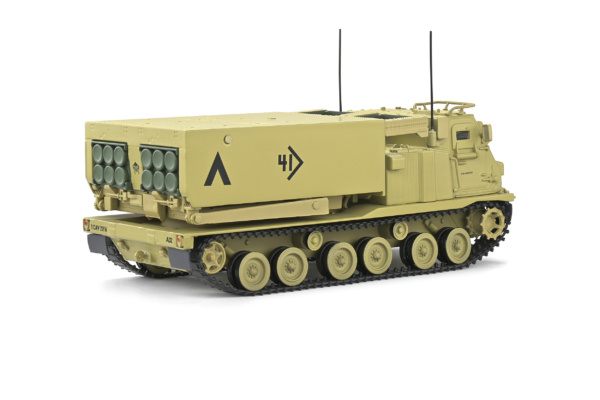 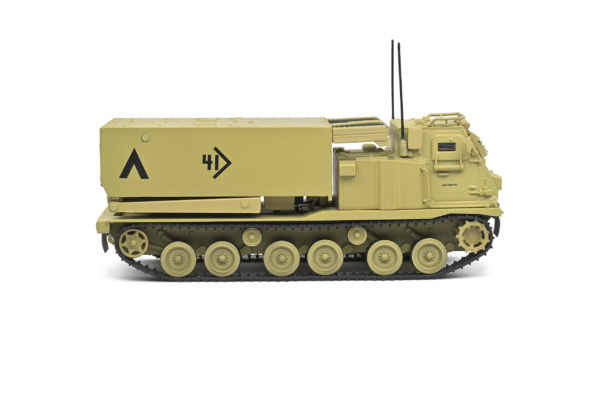 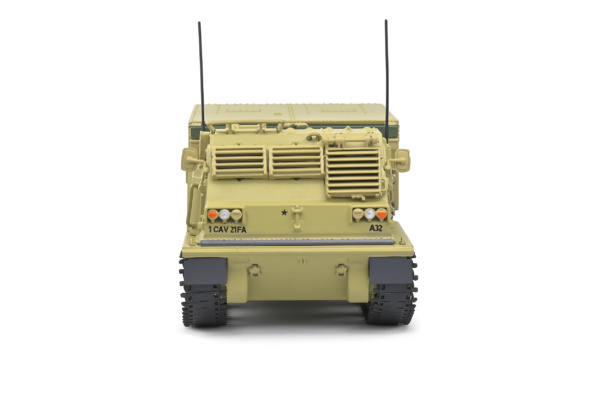 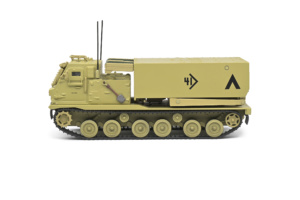 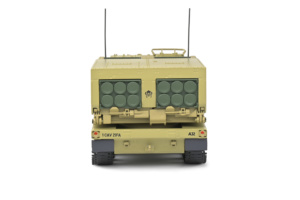 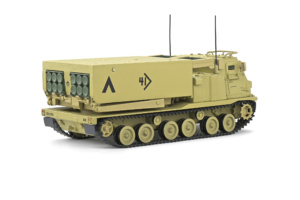 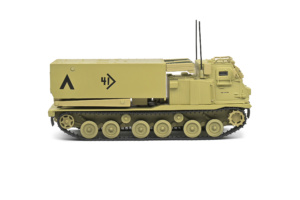 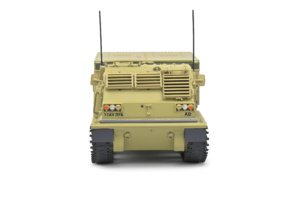 The M270 / A1 rocket launcher carrying 12 rockets each weighing 2 tonnes. This very efficient vehicle was developed for the United States Army in the 1980s and remains in service with many armies around the world today including the French army which has a good fifty of them.This sand yellow version is that of the American 1st Cavalry Division.