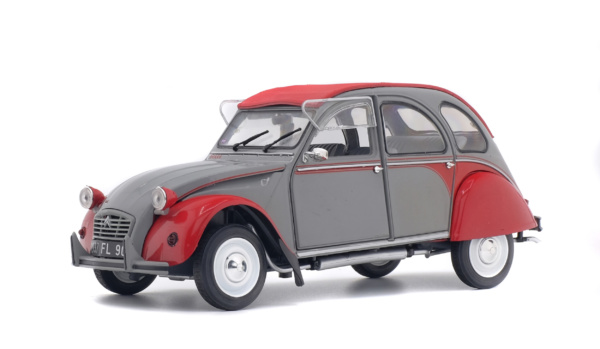 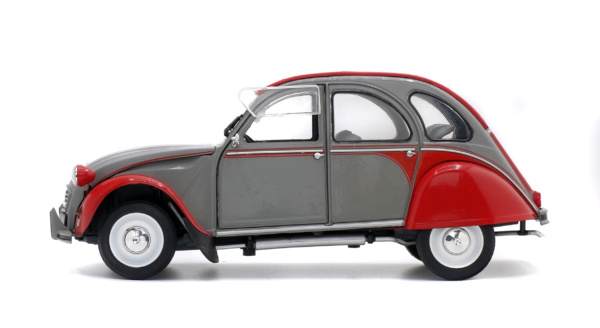 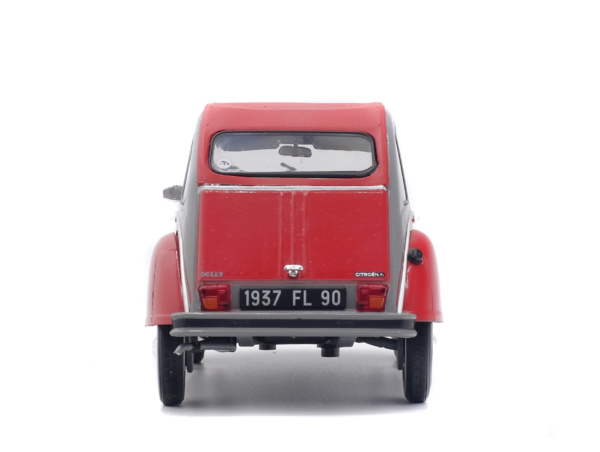 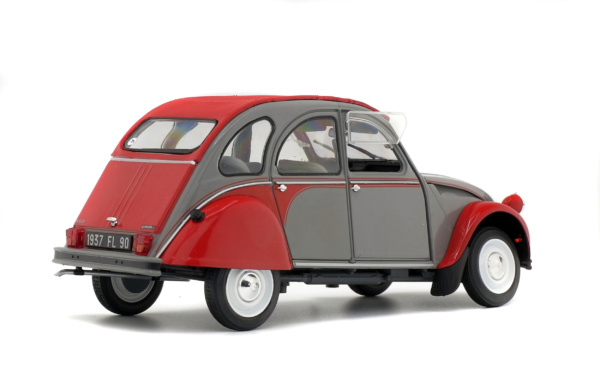 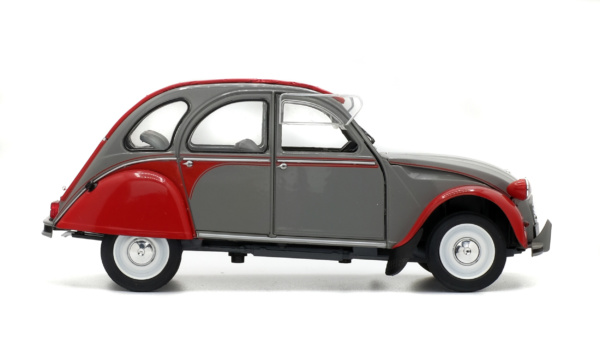 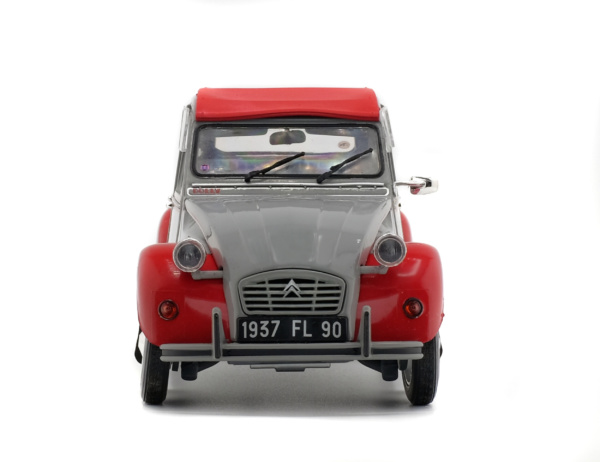 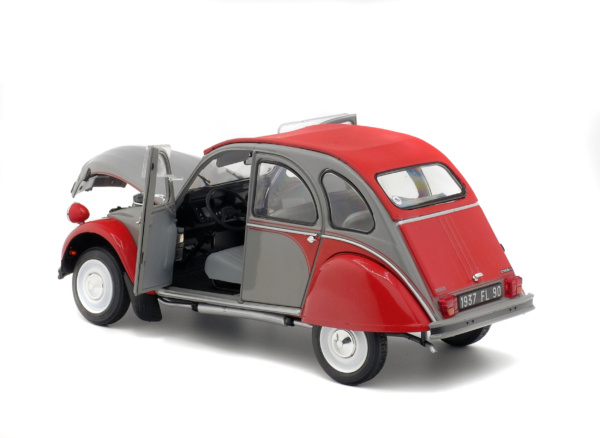 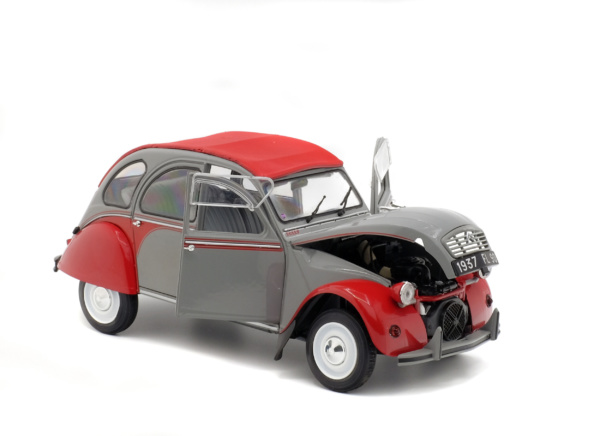 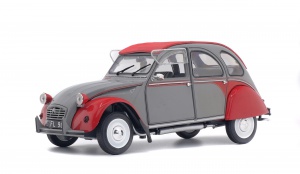 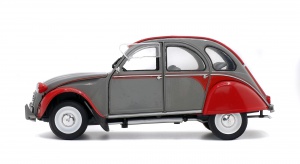 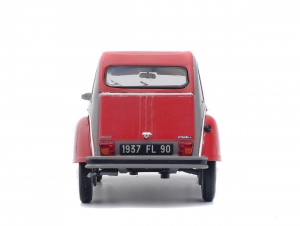 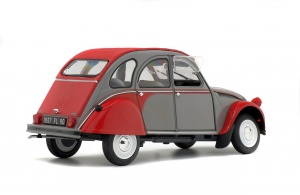 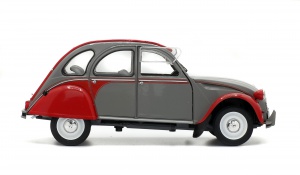 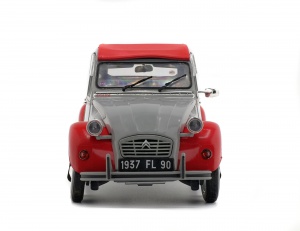 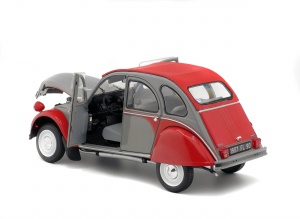 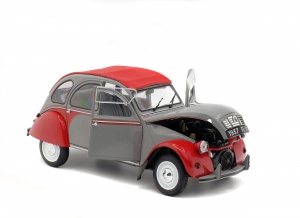 The 2CV Dolly was a limited series of the French auto-mobile icon. The Dolly had the specificity of being produced in seven different versions, manufactured through three different series consecutively. This Vallelunga Red/Cormorant Grey version came on the 21st March 1985. Based on the 2CV6 Special, it shared its counterparts round headlights, grey tissue seats with diamond-shaped motifs and chrome hubcaps. It was adorned with the inscription of Dolly at the base of the windscreen and on the trunk of the car. Its livery was enhanced with lateral bands.