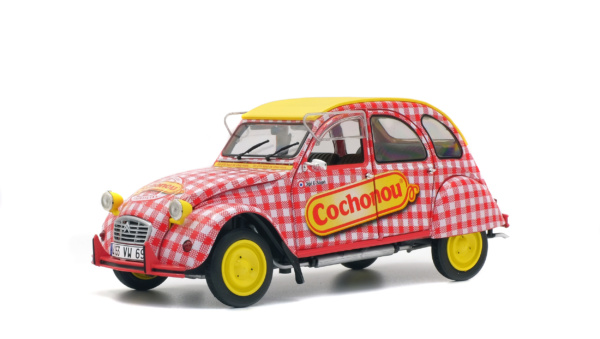 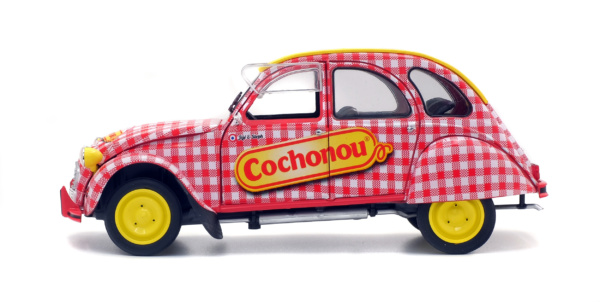 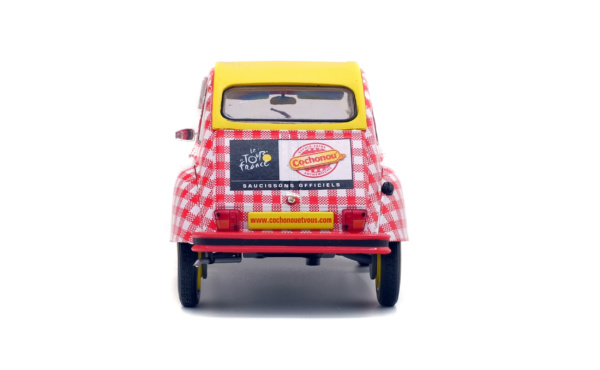 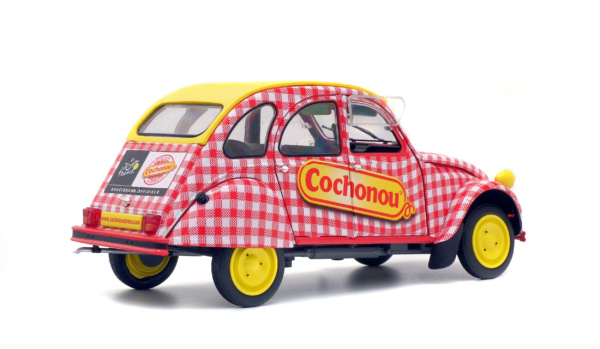 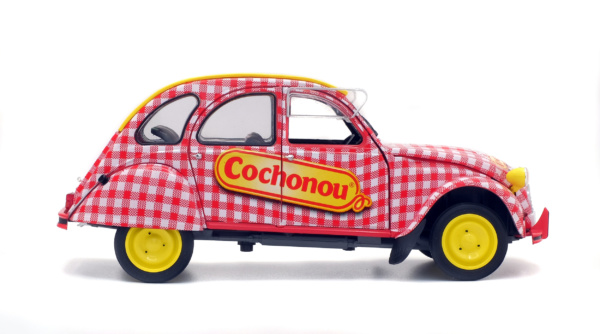 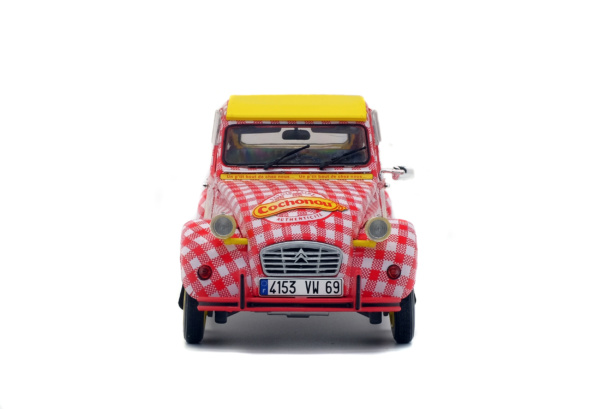 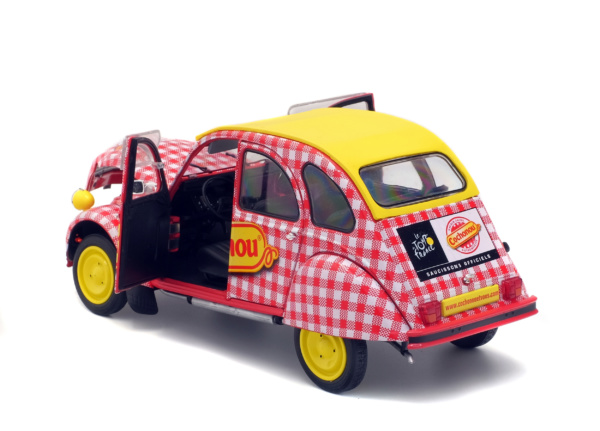 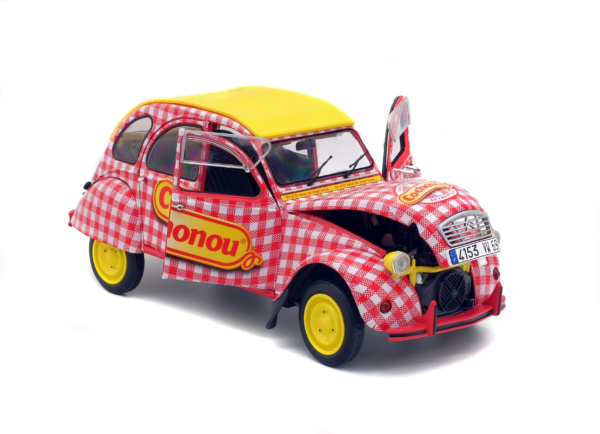 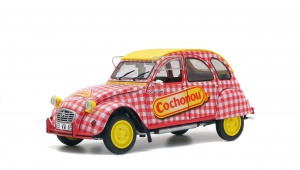 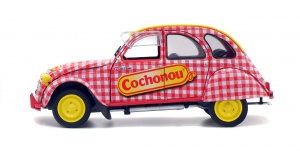 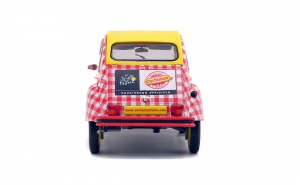 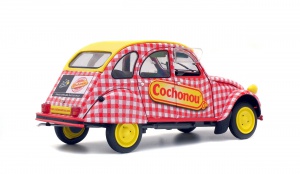 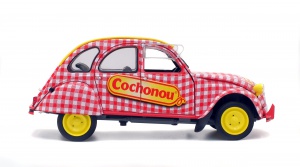 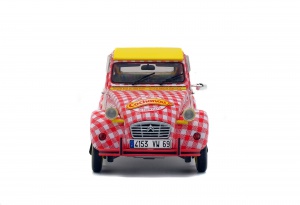 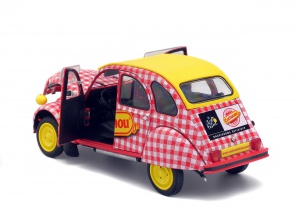 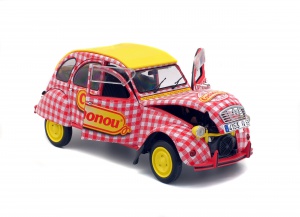 The TPV (Very small car) project was set in motion before the Second World War. A large survey was taken across the country to determine the needs for drivers in rural areas. On the 7th October 1948, the 2CV was officially presented. Equipped with a small bicylinder, it could fit up to 4 people in a very comfortable setting. The simplicity of the car was an advantage, and you could even enjoy the sun with the removable roof. The 2CV 6 appeared in 1968 and was equipped with a more powerful engine. It was produced until 1990. But it is here in the Cochonou brand colours that she joins our catalog, an edition that immediately evokes the Tour de France publicity vehicles!