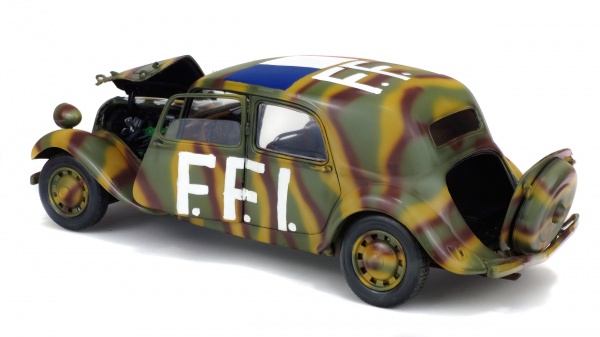 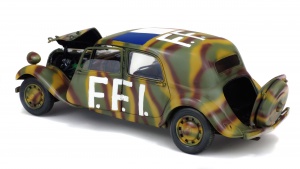 This traction, after having been requisitioned by the German army, was captured by the French Forces of the Interior (FFI), and would serve its purpose in the liberation of Paris. Adorned with the French flag so as to avoid it being mistaken for a German target, it would remain engraved in everyone’s memory thanks to the FFI letters on the side doors. It has since become emblematic of the French resistance