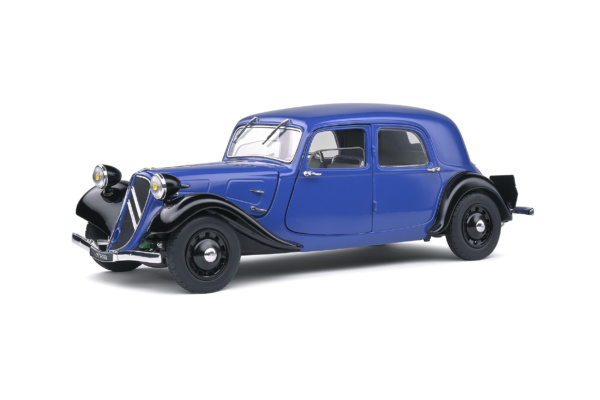 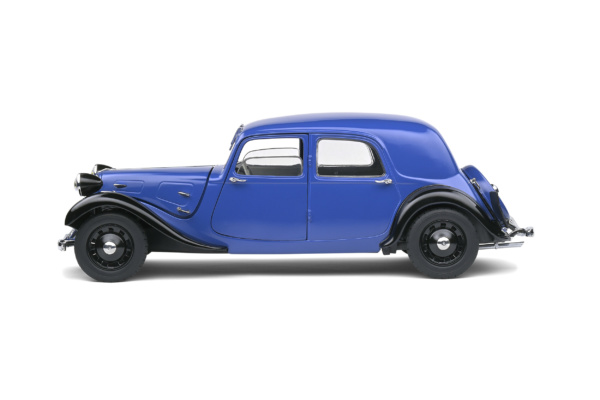 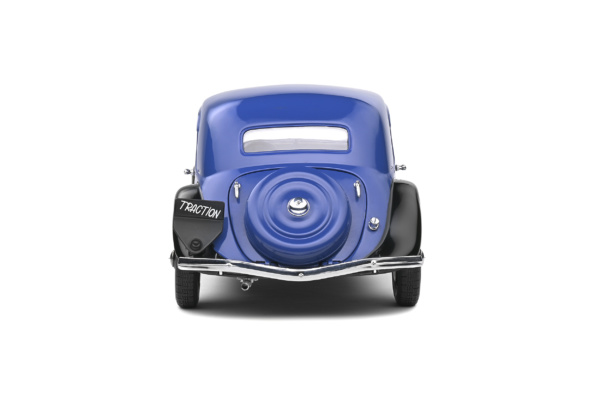 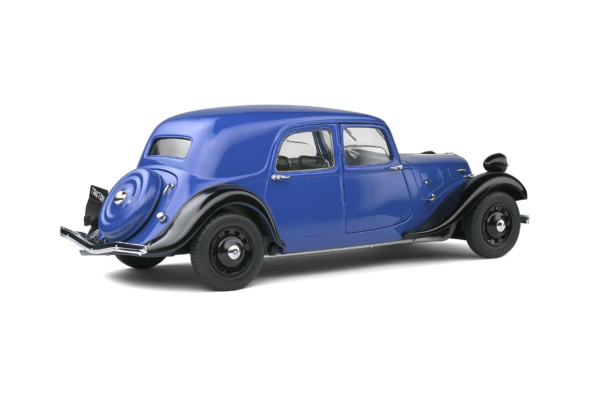 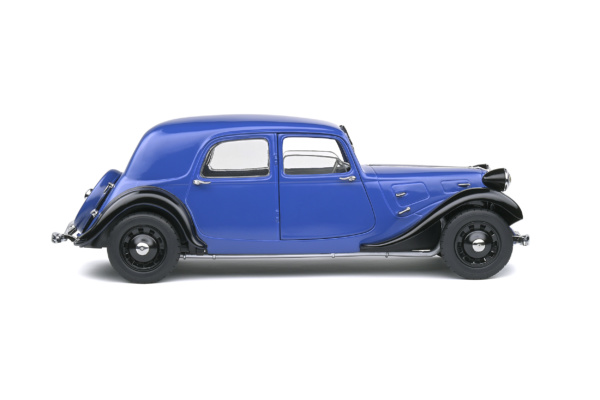 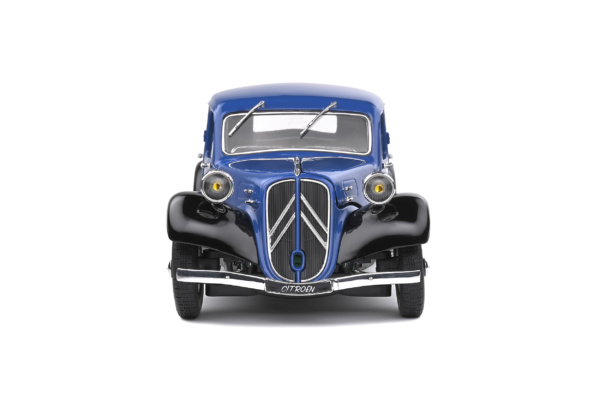 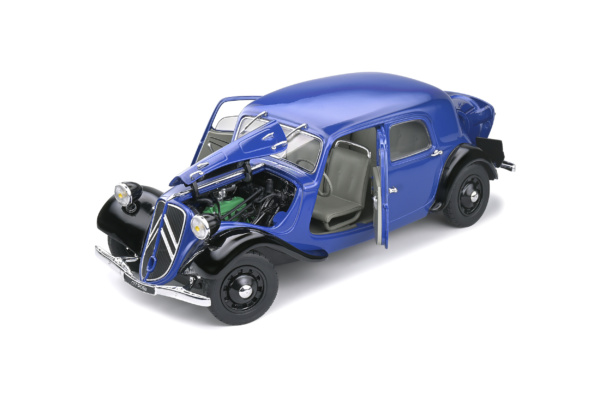 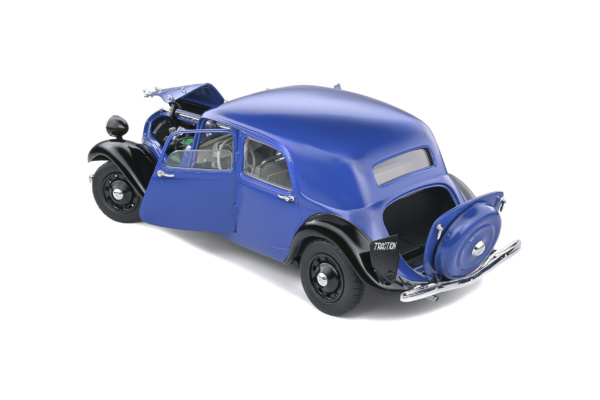 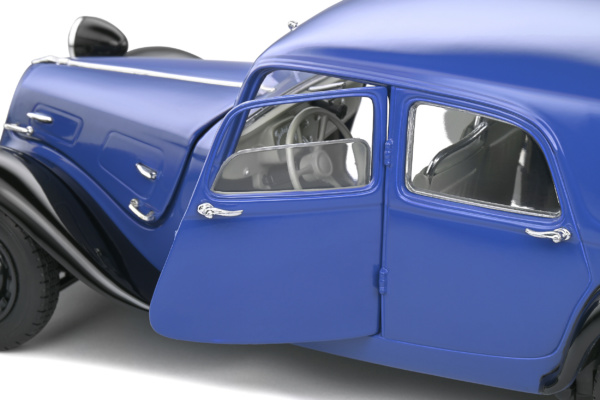 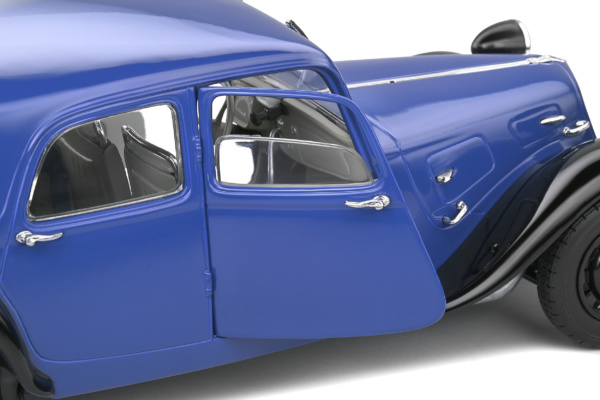 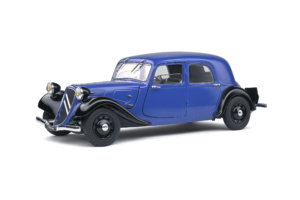 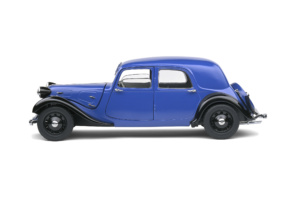 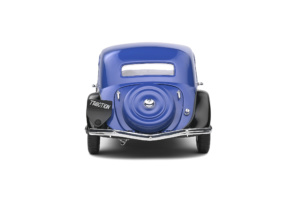 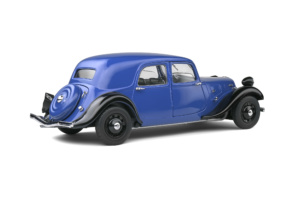 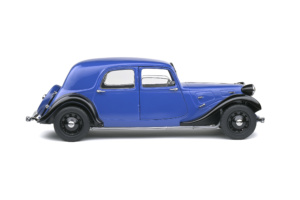 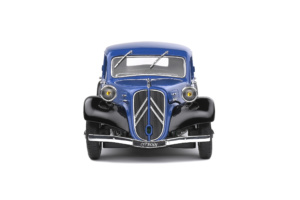 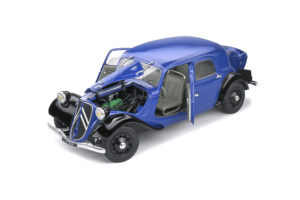 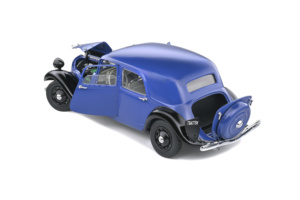 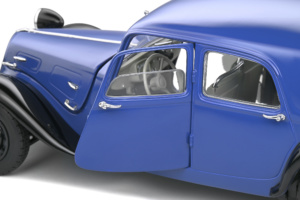 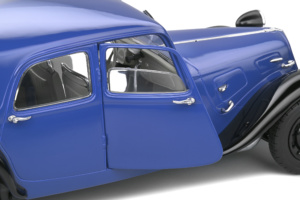 Before the 2CV, there was the Traction! With this sedan, Citroën revolutionised the automobile world. Front-wheel drive (hence its name) was the name of the game here – many cars of this era were rear-wheel drive. Produced between 1934 and 1957 the Traction was attractive and with many endearing qualities including spacious  and excellent road handling. The design was adapted to a whole array of needs with a range of body types that included:sedan, convertible, coupe, van and even pick-up! Despite itself the Traction became an icon of World War II through its use by all sides during the conflict from the Resistance to the Gestapo and the Axis forces, Here, the 11B version is available in a beautiful navy blue and black two-one livery.