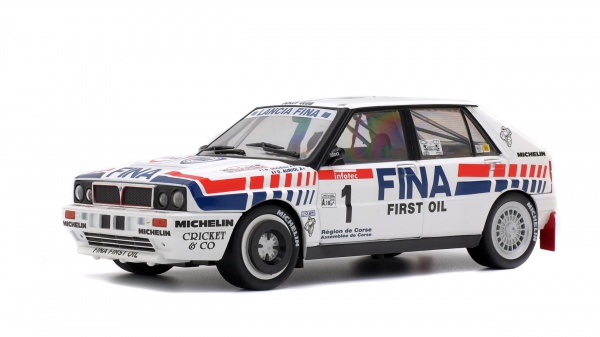 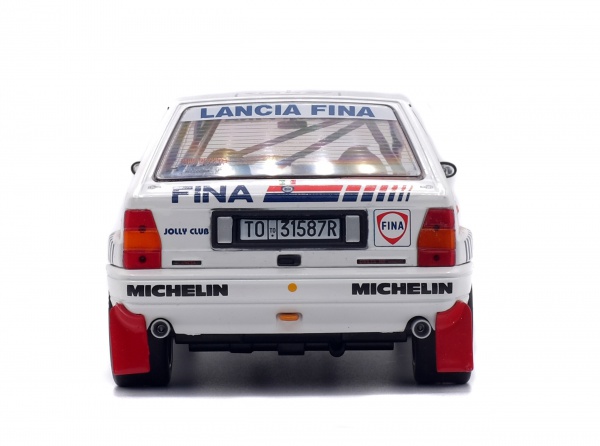 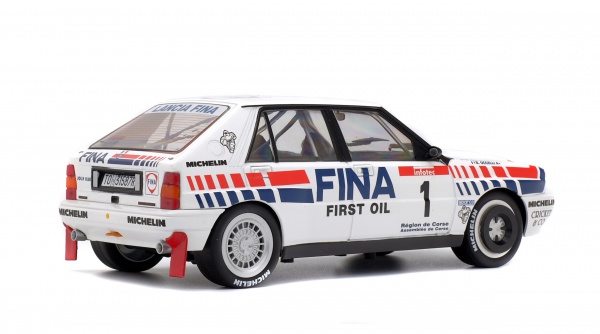 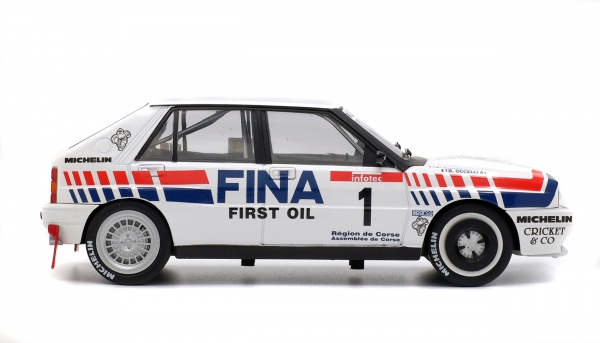 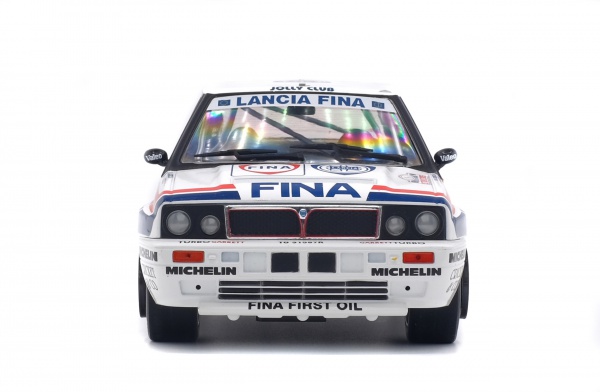 The Lancia Delta Integrale succeeded the 4WD in 1988 to perpetuate the domination of the brand in the world rally championship. The Integrale 16V version was equipped in 1990 with the 16-valve engine from the Lancia Thema. With its over-steer and increased power, it became even more bestial with its bonnet engine being modified to integrate its new turbo. During the Tour de Corse of 1991, the Lancia Delta Integrale 16V number 1 was placed by the semi-official team Jolly Club. Placed in the hands of French pilot Didier Auriol, it took second place in the race after an intense battle with Carlos Sainz.