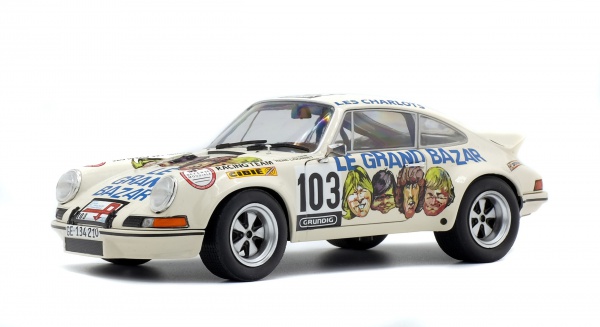 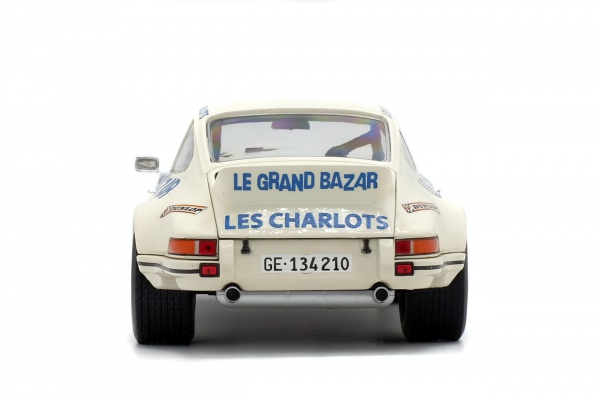 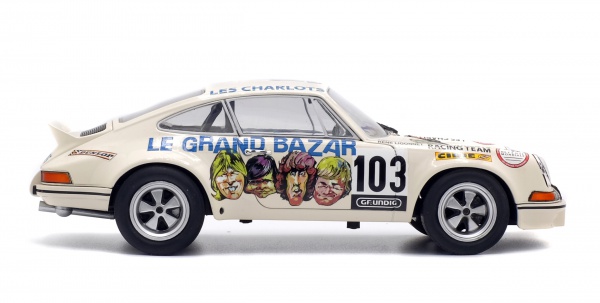 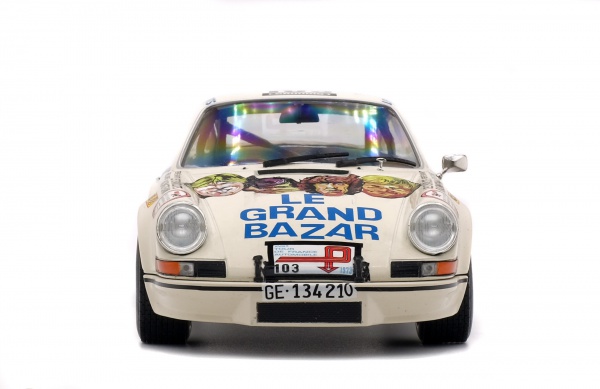 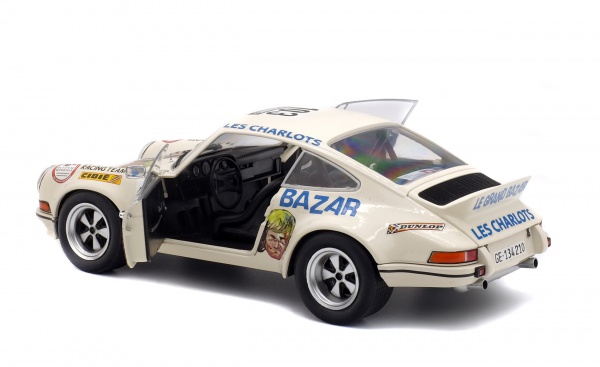 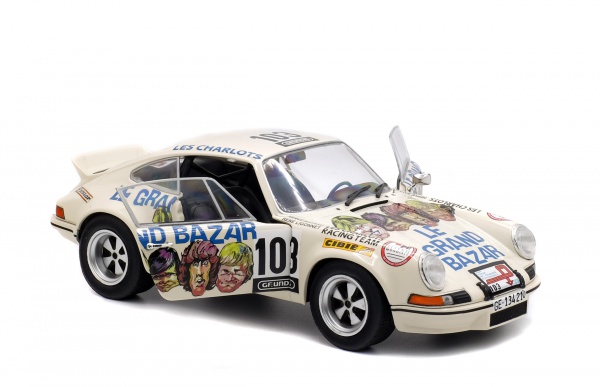 Placed in the Auto Tour of 1973, this Porsche 911 is unique. Its decoration served as a promotion of the last film of Claude Zidi, The Big Store. The car was decorated with a specific look based around the name of the film and its characters, the Charlots. The technical specifications of the car were not to be taken lightly either with this RSR version. The 2,7L Porsche engine producing 210 horsepower, with a total weight of 975 kg, its wings were widened, the front spoiler was one-of-a-kind and this version was equipped with the famous Duck tail wing.