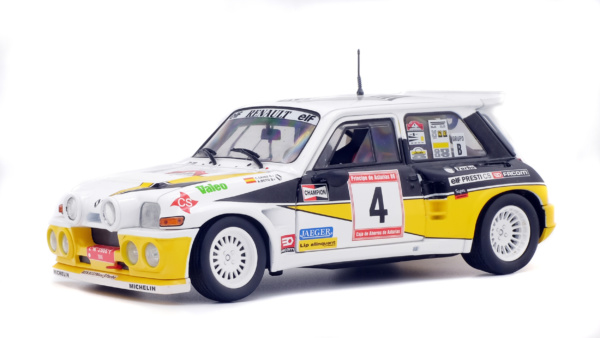 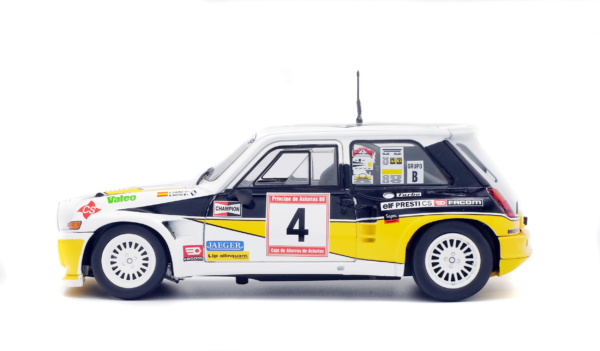 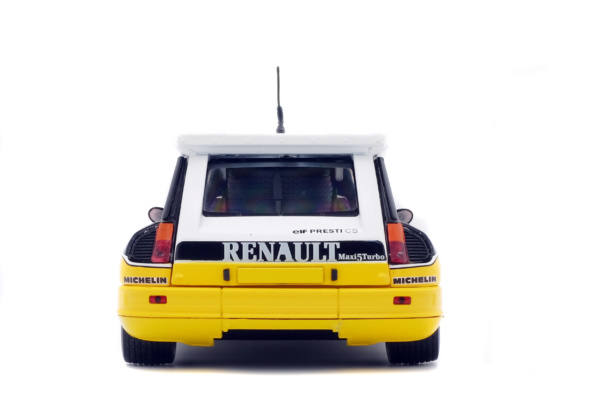 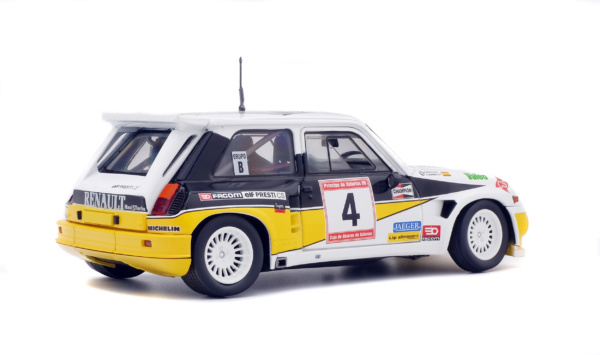 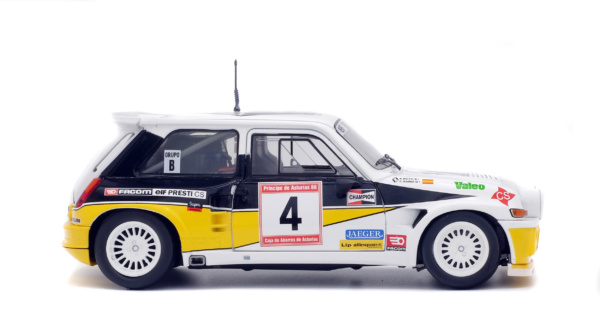 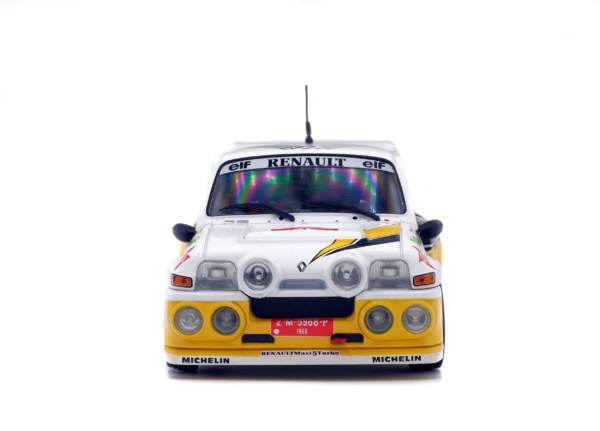 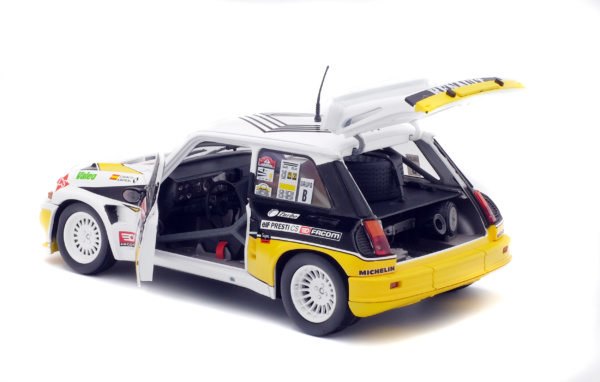 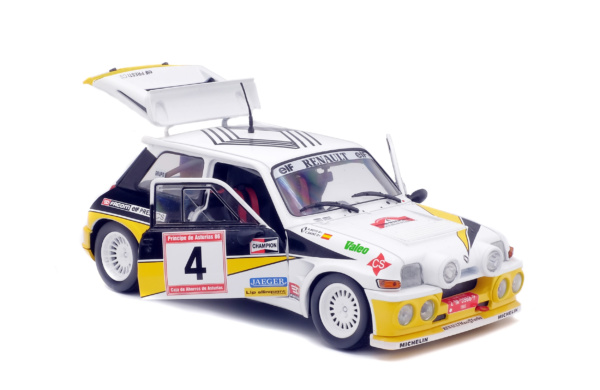 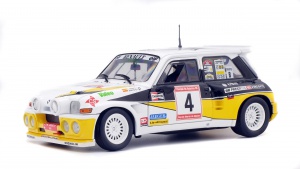 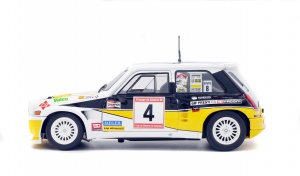 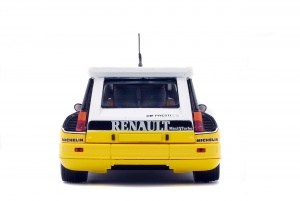 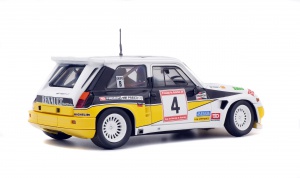 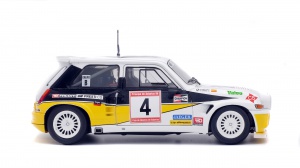 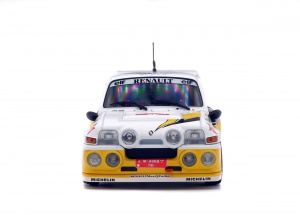 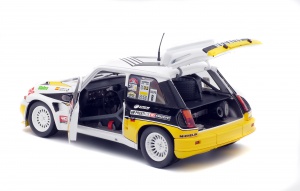 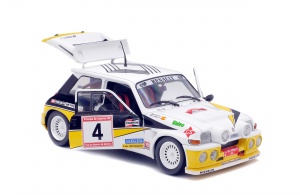 The Renault 5 Maxi was the ultimate evolution of the 5 Turbo. Its performances were vastly improved with its engine, suspension and aerodynamics all being redesigned. Its turbo engine pushed 350 hp, while its rear wing tethered the car to the ground, giving the twenty pilots who had the honour of piloting with it first-class performances. In 1986 it was engaged by Fasa Renault and given to the young Spanish driver, Carlos Sainz. The team placed an excellent second amidst a pack of 4-wheel drive Group B cars.