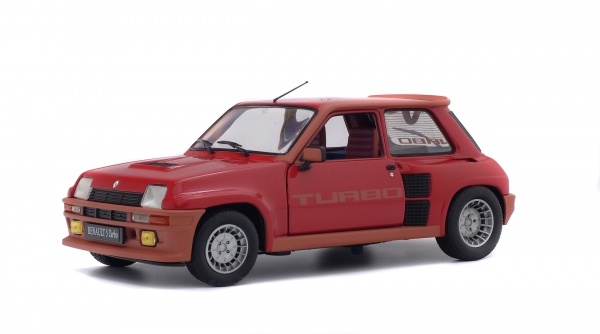 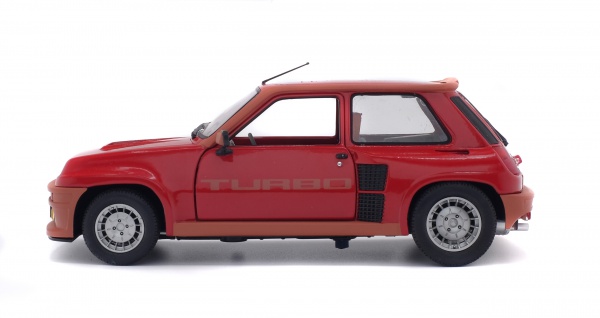 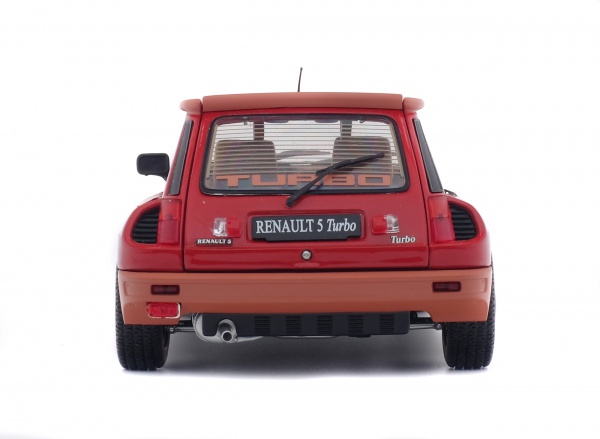 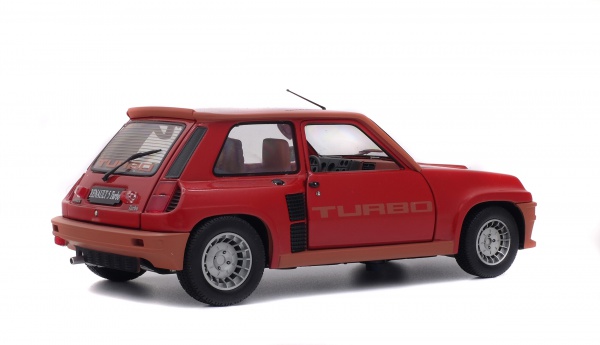 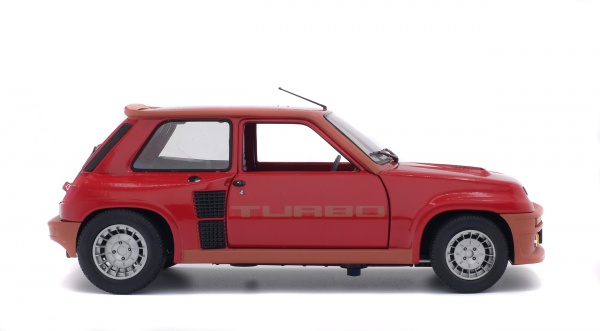 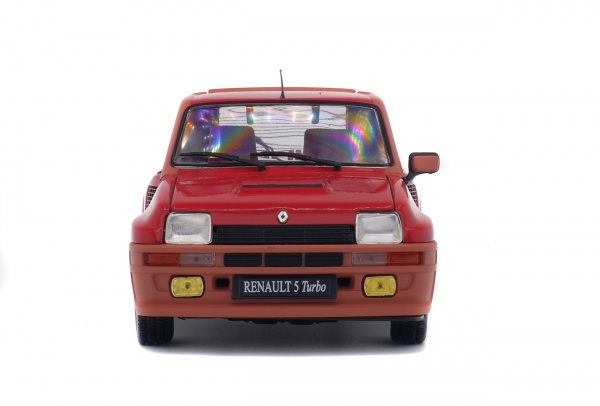 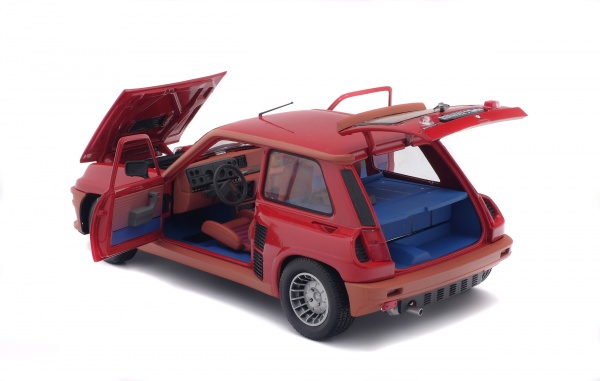 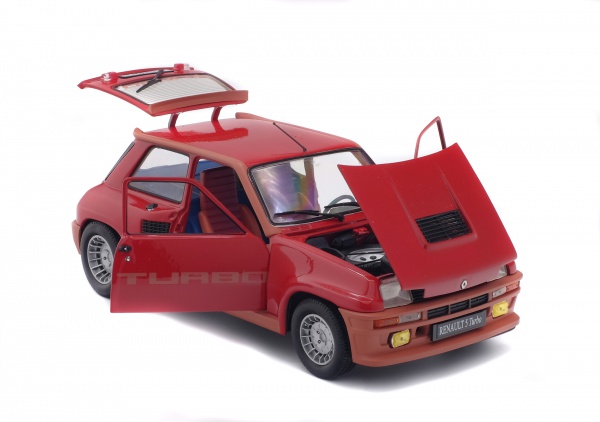 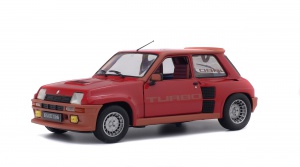 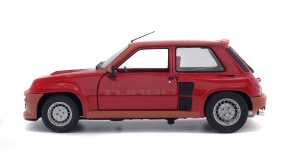 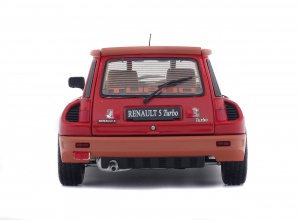 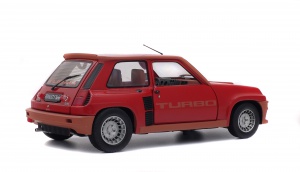 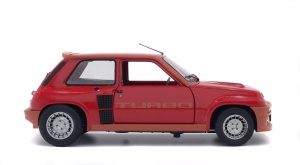 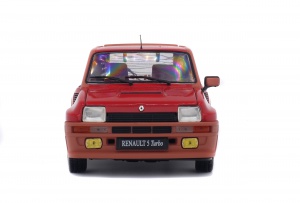 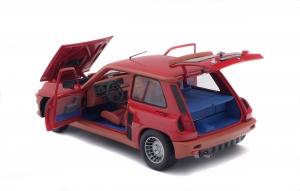 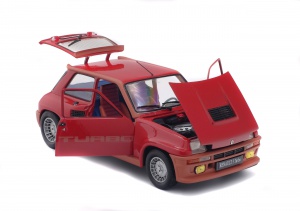 The Renault 5 Turbo, the sports version of the urban Renault, was entirely rethought. Its purpose was to validate the 400 units necessary to accredit it for rally-driving. Its Cléon Fonte engine was redesigned by Alpine. With its newly-installed turbo, it could reach 160 hp, and had 1.4 liters. The positioning of the propulsion unit was changed, placing it in the middle of the rear of the car so as to distribute weight more evenly. The 5 Turbo consequently became a propulsion car and would have 1678 units produced before being replaced by the Turbo 2.