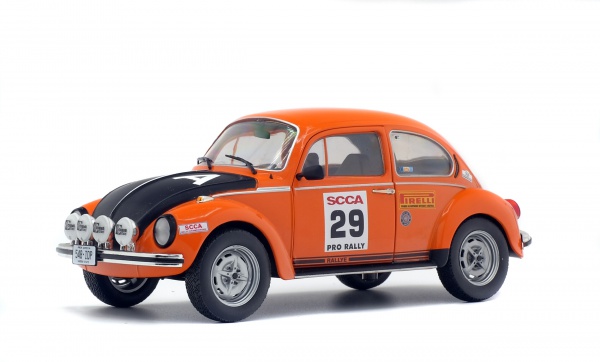 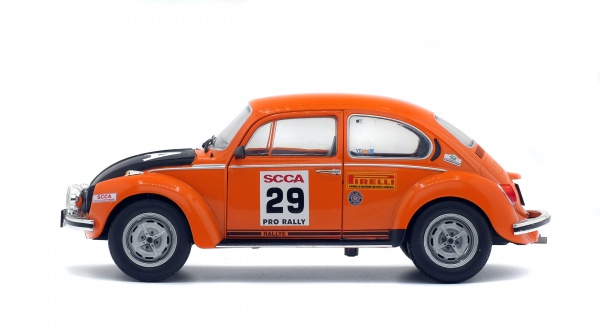 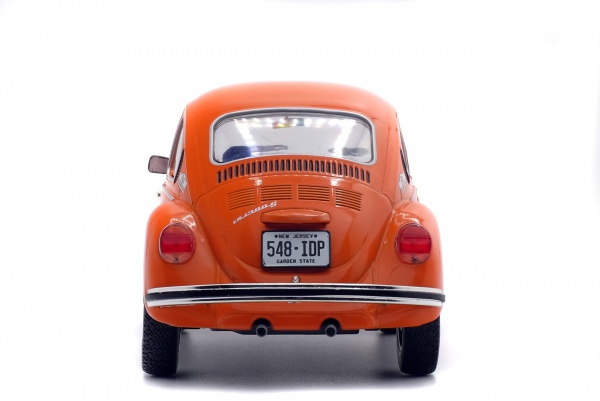 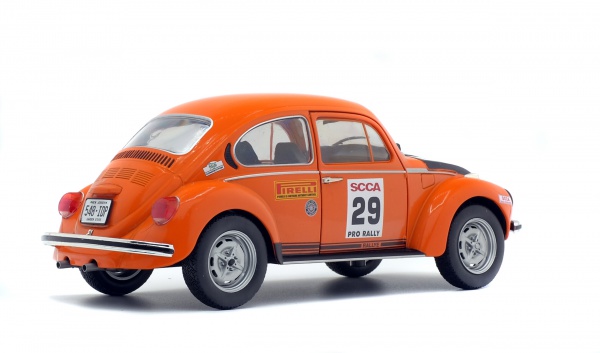 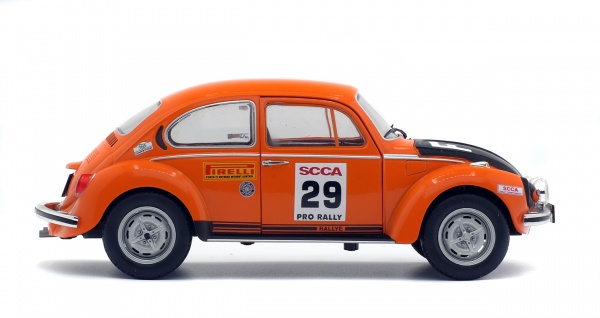 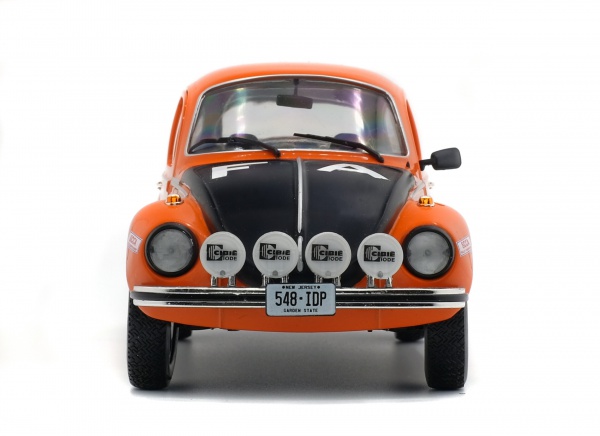 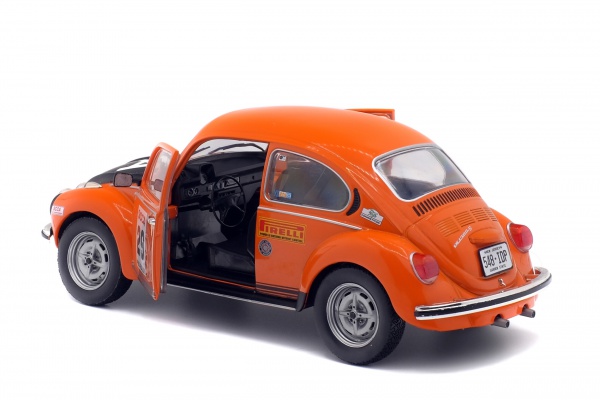 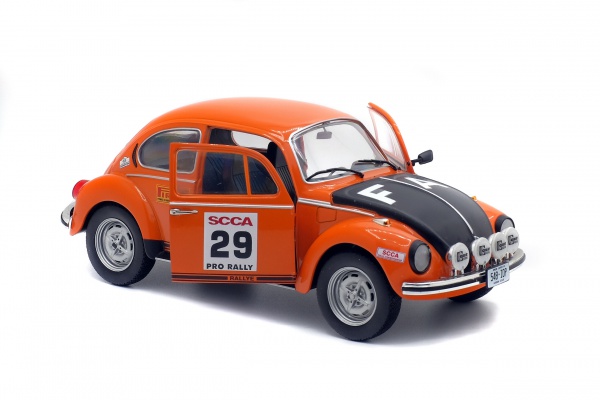 So as to capture the heart of America, the Beetle became a star-studded celebrity of cinema as well as a racing car. This particular orange car took part in the 24 Hours of Mexico several times, as well as the Pro Rally Series of the Sports Car Club of America. It participated in these races until the beginning of the Eighties, notably in the Rally America, before being put back in the garage by its driver Al Schmit. When the latter died, his family sold the car that was then completely resorted. In honour of its rebirth it featured on the cover the celebrated Hot VW Magazine.