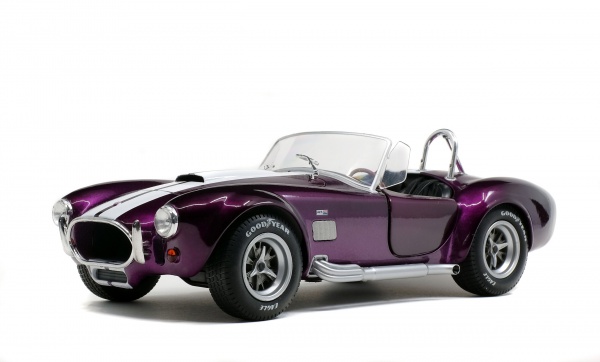 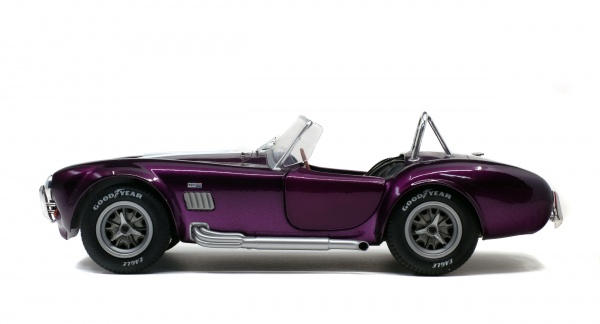 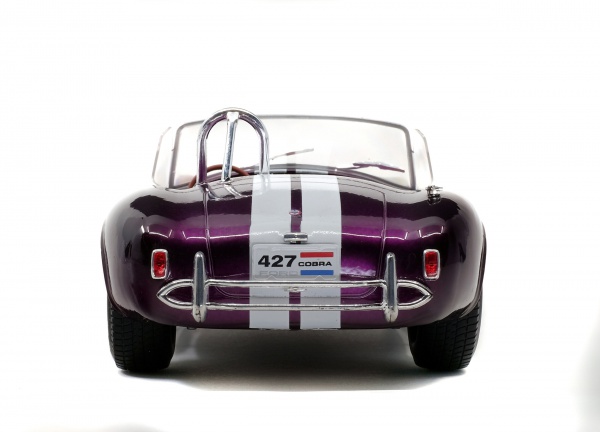 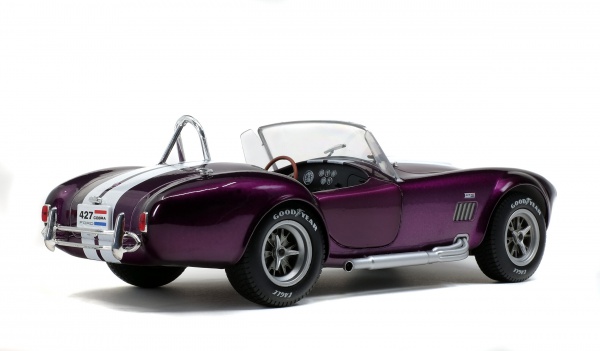 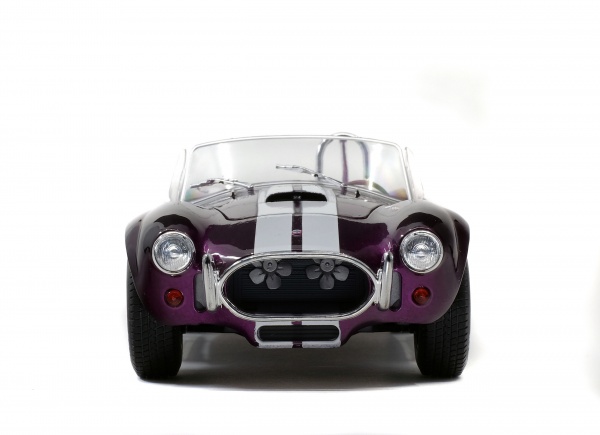 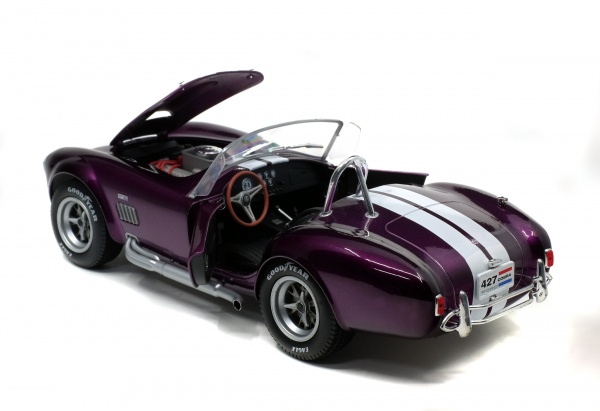 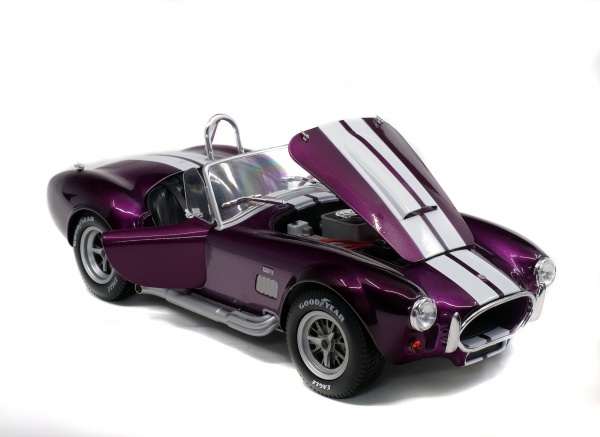 Caroll Shelby was a Texan pilot who was forced to stop his career in 1960 at the age of 37, due to health concerns. Thus began a dream of his to produce the ultimate American sports car, capable of competing with the likes of Ferrari and Porsche. First, the chassis, that he found with the English manufacturer AC Bristol. Associated to a Ford V8, the car quickly became a winner. Facing off against the much heavier Corvettes, the light Cobra raced through the American states in its quest for glory. The 427 was launched in 1965 with a redesigned chassis, widened tires, buffed up wings, and a 427 inch cube engine  7 liters  for an amazing horsepower of 410.